Traditional Jamaican Meal prepared by the Maroon chief, served in a calabash.

To further the conversation of Afrofuturism and the Afrofuture, I traveled to Charles Town Jamaica to attend and present at the Tenth Annual Charles Town International Maroon Conference, Maroons and Indigenous Peoples: Towards a Sustainable Future.

The Maroons, much like the Exodusters were some of the first Afrofuturists. The Jamaican Maroons are descendants of maroons, Africans who escaped from slavery to establish free communities in the hills of the eastern parishes of Jamaica. The maroons escaped strategically and unapologetically to return to their roots and way of life. Their traditions remain in the Blue Mountains of Jamaica.

Women’s Circle with Maroon Chief and other women of the community. No Men Allowed! Yes!

In the coming days I will host the first of a series of Afrofuture workshops with the community with the African Alliance of Rhode Island. This workshop series will engage with members of the community young and old on their visions of the future through the lens of people of African heritage. My journey to a Maroon Village served as both a precursor to these workshops and also an opportunity to gain more information to share with others in regards to the visions of our ancestors. One of my goals working with the African Alliance of Rhode Island is to broaden the conversation amongst all people of African heritage on what the Afrofuture can be. This conference helped me make strides toward this vision. 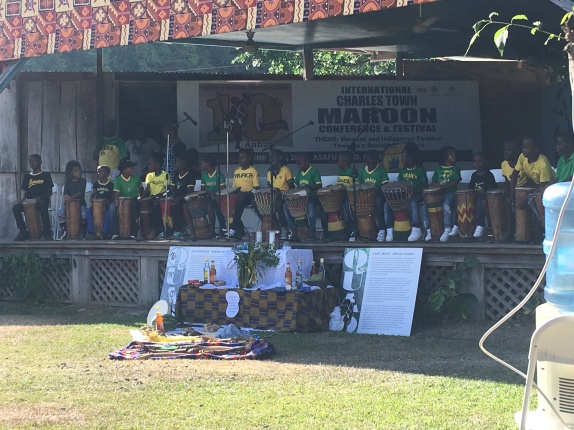 African Drummers from nearby Portland and Charles Town, Jamaica

The Maroon Conference was an enriching experience that I was eager to share with others. Being amongst a community with such longevity based on their defiance against the oppressive control that plagued them once before was the most compelling experience I have had thus far. From the music, spirituality, food and people, the Maroon people showed me how the norms of African heritage can exist in a community. Each day was more exciting than the next and I learned a great deal about the people who designed and built their environment for themselves. I was encouraged, inspired and grateful to have had such an amazing time. After my time here, I hope to spread the word about the goodness of this festival and the kindness of the people in this village. 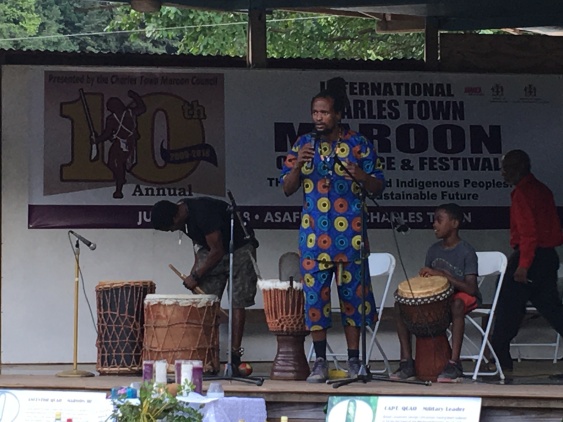 African Drummer speaking on his trip to Africa at age 17 to play the djembe and percussion instruments.

We can all learn from the Maroon people. Though they had an uphill battle, through perseverance and self-determination they were able to carve out a path to an autonomous life, a life built around their design, their governance and their surveillance. 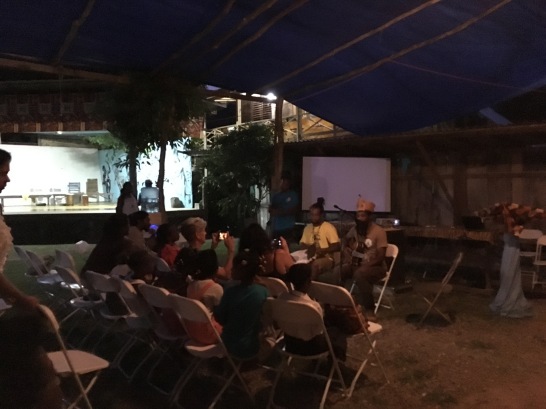