To most people Greenland seems to be a place where life stands still in ancient traditions of whaling, sealing, and kayaking among the icebergs, but in fact Greenland is becoming increasingly modern and you’ll even find fresh tropical fruits in the supermarket that you won’t find in Providence markets (passion fruits, guava, star fruits, papaya). Nuuk is the largest city in Greenland and has a population of 18,000 people making it about a third of the country’s entire population. The settlements of Greenland are mostly on the western and southern coast (none exist inland due to the ice sheet), but due to difficult terrain it’s not feasible (or sensible) to have roads that connect the towns and villages, so all transportation is done by boat or plane. Who own’s Greenland? Greenland has a long history of colonialism and is still technically a part of Denmark, though in 2009 they were granted self-rule allowing the people of Greenland to establish their own government. This history of colonialism has had a myriad of effects on the citizens of Greenland and they are still figuring out how to navigate their own cultural identity. 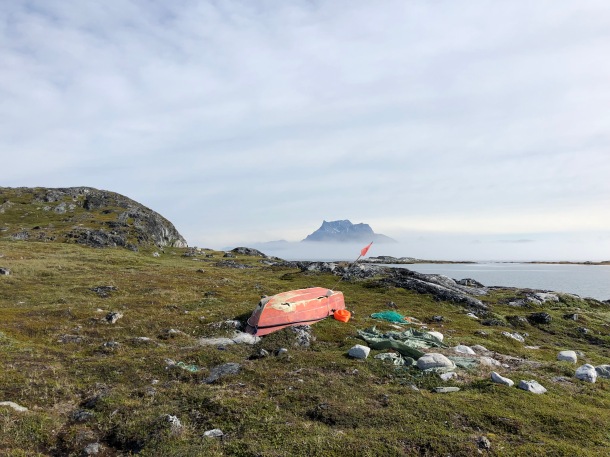 Looking Northeast on a Tidal Island at Sermitsiaq Mountain

Cultural context aside, my original intention for traveling to Greenland was part of a collaborative study with scientists at CU–Boulder and University of Copenhagen looking at the potential extraction of glacial sediment deposition as a new economic opportunity for Greenland. As populations grow, developing countries increase construction rates, climate change threatens coastal infrastructure, and a global sand shortage approaches (http://science.sciencemag.org/content/357/6355/970)… we could really use any sand we can get our hands on. When the glaciers retreat from the fjords the sand and rocks trapped in the many layers of ice melts and falls to the sea bed floor. The ice sheet will inevitably melt regardless of climate change meaning that for the foreseeable future (a couple thousand years) sand will be deposited into these fjords. Harvesting the sand is a win-win-win: 1. Removing the sediment maintains the nutrient levels in the  fragile ecosystem 2: It assures boats can navigate harbors to deliver goods and 3. It allows for Greenlanders to be in charge of their economy in pursuit of become a fully sovereign nation. Currently Greenland’s lack of economy and incredibly high cost of building and maintaining infrastructure ends up meaning that about two-thirds of their GDP comes from Danish subsidies about $650M. For this reason Greenland has been exploring potential economic opportunities that are becoming easier and more accessible as climate change makes things more accessible. One controversial path that has been considered is the mining of rare earth metals such as uranium. This research instead invites Greenland to put climate change to work for their economy and for the global resource needs.

Graphs and maps showing the proportions and locations of sand in Greenland.

This diagram shows the potential benefits of harvesting the glacial sand. 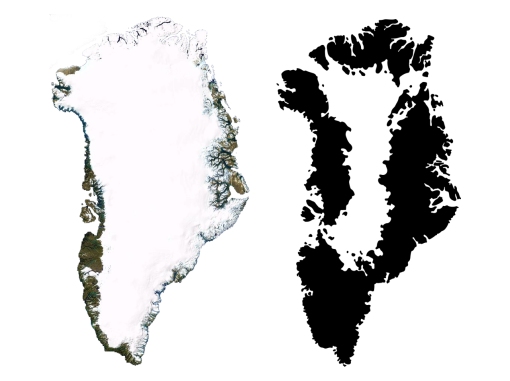 Scientists predict that with no ice sheet Greenland would be split into islands.

During my stay in Nuuk I was able to have many conversations with people doing all sorts of different work and hailing from all parts of the world. I was able to talk with an ex-vice mayor about the new development patterns and urbanization of Greenland, a flight attendant about transportation infrastructure and the high cost of traveling, an architect about the challenges of building in remote and difficult terrain, a photographer about the seasonal differences, a chef about the import of ingredients and cost of food, a hunter about the decreasing population of musk ox, and a native student who had live in all four corners of Greenland. Each has their own unique story about how they found themself in Nuuk, but often the sublime nature and endless inspiring landscape were a major allure for most. Those looking to understand Greenland and the complex issues its facing I recommend traveling to not just Nuuk but also the more tourist locations like Ilulissat and especially the small settlements where the lifestyle of subsistence hunting is still quite common. Go soon though as climate change is rapidly changing how connected settlements are to trade of goods which will inevitably threaten the older ways of life. More next time on life in the office and the progress of the maps with JONAA.

A unique and pungent delicacy

On top a hill in Nuuk. 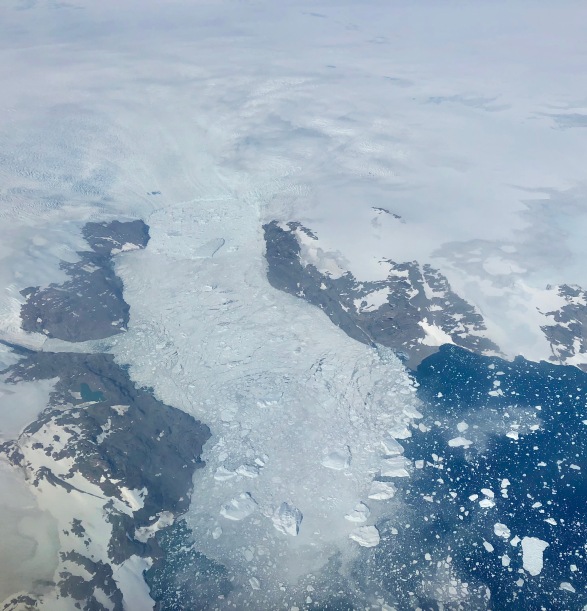 Very lucky to have a window seat and clear skies :-0 (somewhere above southern Greenland)