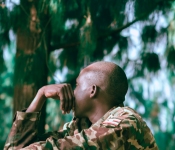 As the first person outside of Uganda to ever be allowed to work in partnership with the Uganda Wildlife Authority, I’ve been given the unique opportunity to learn about the workings of a protected national park. The opportunity has afforded me the chance to create work in an area that is dense in wildlife but also a vibrant community that borders it. My role in this internship is to support the Uganda Wildlife Authority with content creation inside of the Bwindi Impenetrable National Park (bordering the Congo and Rwanda). This content would then be used in working towards development of the Wildlife Authorities current structure of outreach and communications. Through the process of creating content I will be learning about the various departments inside of the park and their role is in protection of the forest and wildlife inside of the park is, as well as how the park ultimately contributes to the local community. 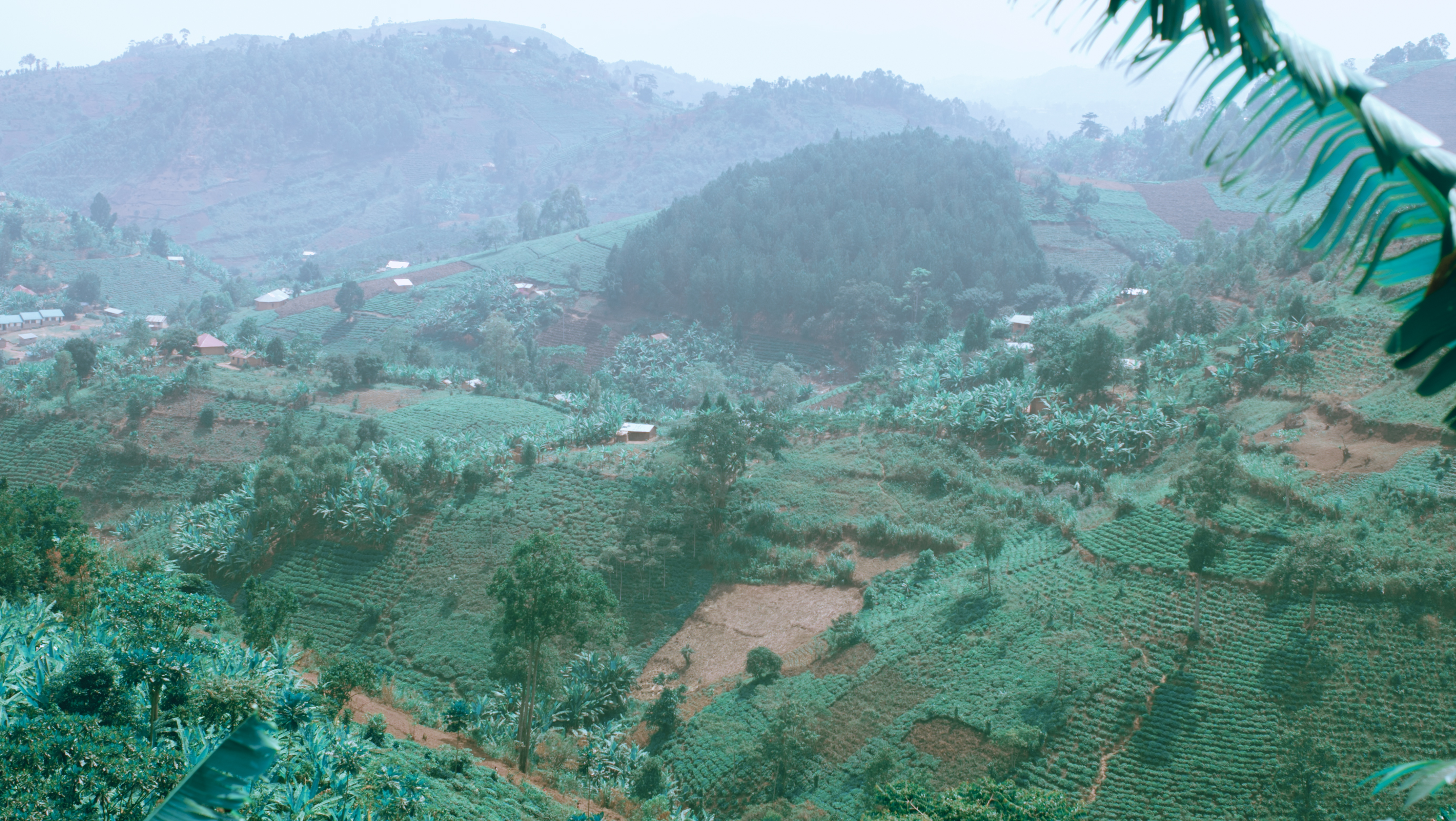 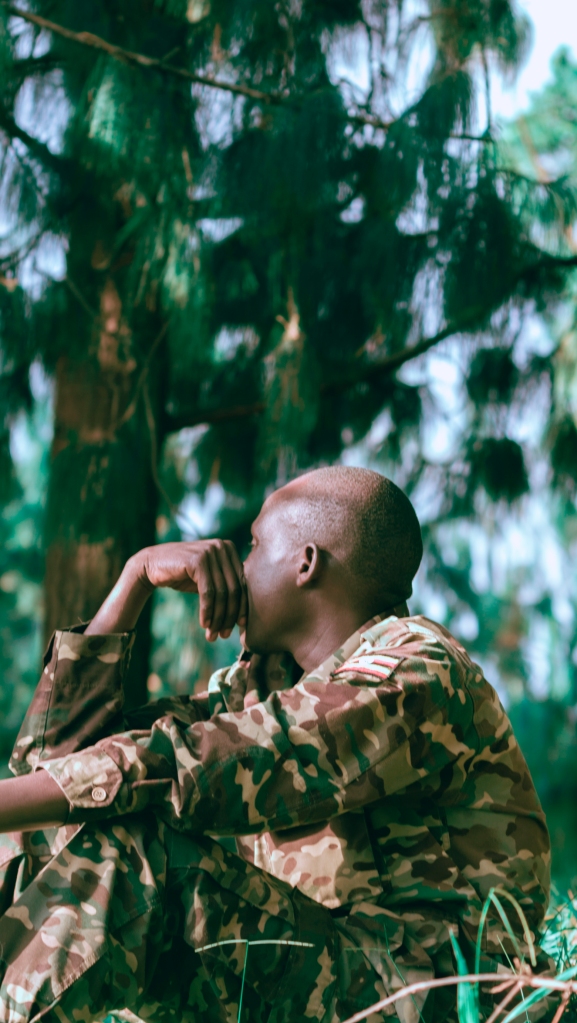 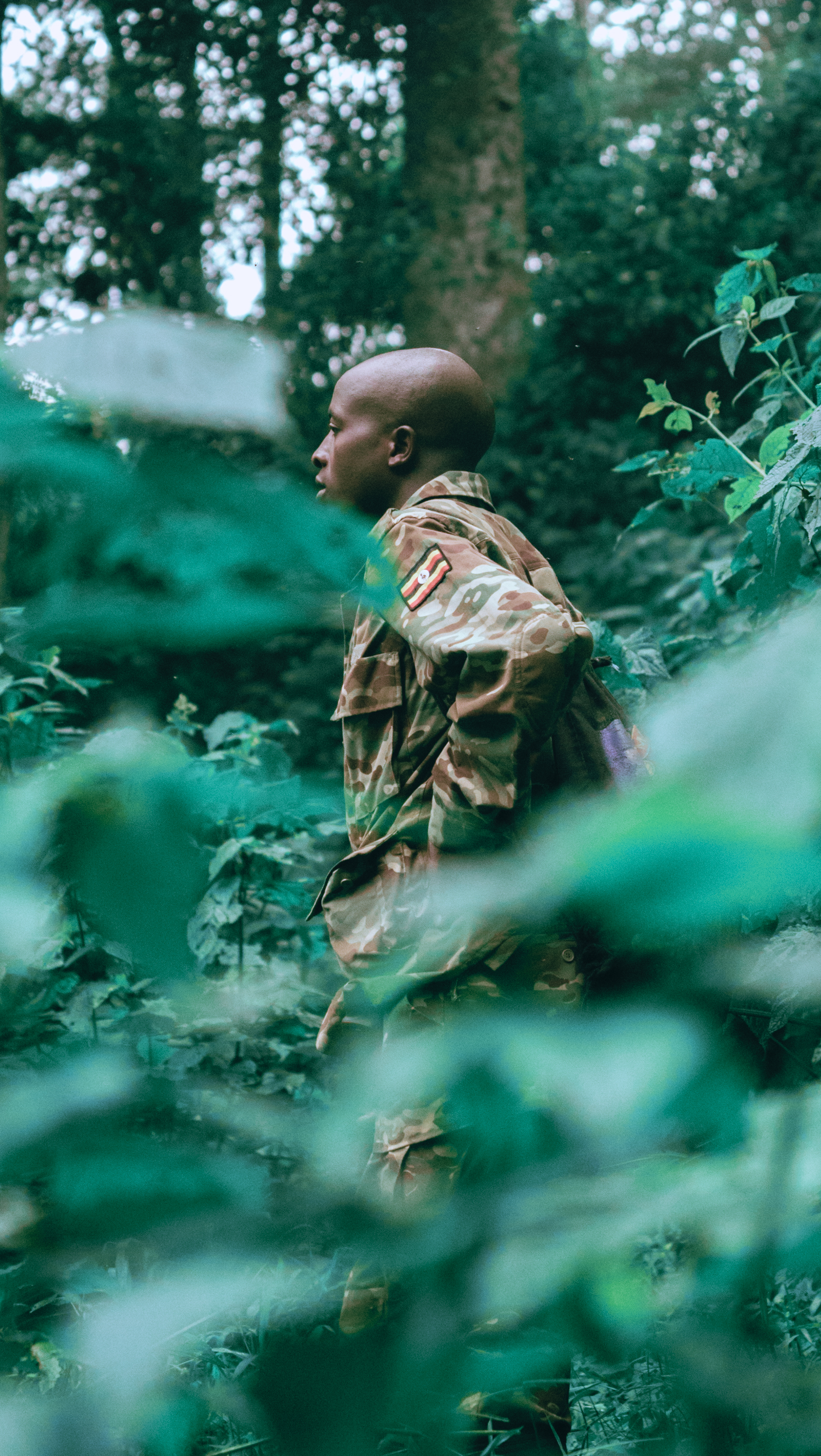 Learning the History of the Land

Having recently finished the final interviews for the project– which featured conversations with a farmer and former TMI activist, a former mayor of Lancaster who served on the NRC Advisory Panel, and a former plant worker at TMI, I’m now working on visual development. The process of creating visuals to illustrate these narratives has also included field trips led by representatives from TMIA out and about in the neighboring areas of TMI. We’ve explored nearby towns like Goldsboro and walked up the river to get photo reference for the visuals. It’s been incredibly interesting to explore the area. I mean, it’s one thing to understand that a nuclear plant is operating nearby, but another thing to be able to see it from your backyard. What was also notable was that this particular cross-section of town and river is a microcosm for the majority of PA: a nuclear plant on the left, a coal plant on the right and working-class suburbia in the middle. 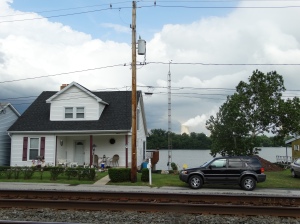 A house with an interesting view.

A view of the coal plant down the river. 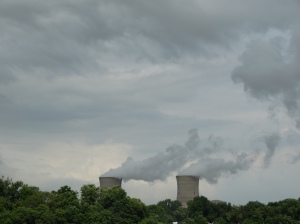 These field trips and follow-up meetings with interviewees have also imbued me with a new appreciation for the history of Pennsylvania. I guess I’d always viewed my state’s history in an itinerant way, largely missing the connections between an event and my current reality, especially a technological one like TMI. So, it’s been fascinating to gain an environmental history of PA, and also a narrative one from native Pennsylvanians. For example, I got the chance to interview a local farmer named Pattie Longenecker. She was kind enough to give me a tour of her farm and home, and spoke candidly about her experiences with TMI. From her dialect to her Mennonite quilts to her traditional home, she is the embodiment of Central PA. I’d never had the opportunity to meet someone who was so in touch with the land, or someone who could list her ancestors back ten generations.

Mrs. Longenecker feeding her donkeys some carrots. Note her Amish hat, though she is not Amish but Dunker, another form of anabaptist faith.

Here is an excerpt from the interview:

I grew up in Bainbridge, PA.  And that’s about three miles south of Three Mile Island.  [Our roots] are very deep in this area.  Mine go back ten generations in a little five-mile radius.  And we built this property out in the countryside where we raised two children.  We were self-sufficient for many years, raising chickens, ducks, geese, sheep herd, all the crops we needed.

We just have such an appreciation that developed over those early years.  I think, as we get older, it’s an even deeper feeling that you appreciate the seasons and how nature has its role in each season – just how everything has to fit together.  And when it doesn’t, you see what can go wrong.  And when Three Mile Island happened, we felt strongly about that as an issue because of the fact that we were so in tune with our surroundings.  It just seemed like such a negative in what we thought of as a very positive way of living.

I feel this is an event in the life of this area that has affected many of us.  And it will go on affecting us for generations.  We have an island in the middle of the Susquehanna River in a flood plane on which my grandmother’s cousins grew the best melons in this whole area until they sold to the utility after a big flood.  I think it was 1936 or ’38 or something.  There, we already have a risk when you put something of this magnitude – when this was built, we had no clue what was being built in our river.

Later on in the conversation, we discussed how the legacy of TMI has impacted Lancaster and the farming community:

When you traveled even to Europe, someone would wonder where you’re from.  And where I used to always be so proud to say Lancaster County, Pennsylvania – some of the best farmland in the world – they would know you’re from Three Mile Island.  And I felt: what a commentary to go from being known in such a positive vein worldwide – Lancaster County soil is some of the best in the whole world… and this [TMI] is what we were known for. It’s going back here to change these new chapters with a whole different commentary on the lives we would know from then on.

Talking with Mrs. Longenecker helped me understand a new perspective– that many of the people involved with TMI were not troublemakers or agenda-ready politicos, but simple people who were looking out for their land and way of life. I’m looking forward to finishing up the visuals for these stories to be able to share them in their entirety.