With another two weeks having flown by, I’ve encountered several enlightening, challenging, and overall eye-opening experiences.  To summarize quickly here, I was able to meet and interview two patients about how they felt about a character that could support them through this game.  I  also met with the hospital’s Psychiatry Assistant Director of Outpatient, Dr. Lauren Mednick, as well as Director of the Developmental Neuropsychiatry Clinic, Dr. Joseph Gonzalez-Heydrich (one of the co-founders of Neuromotion along with my supervisor).  I also spoke with an art / expressive arts therapist who gave great advice about unconventional therapies and how mental health therapies are perceived in society.

However, for this post, I realize I should properly illuminate some details about biofeedback games, and their place in contemporary healthcare. 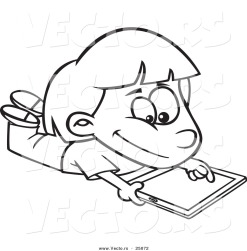 Imagine this:  a young boy (let’s call him Henry) has a hard time coping with his outbursts associated with his ADHD and anxiety disorder.  With his parents exhausted from finding suitable therapeutic coping skills, they hear about this new intervention: a biofeedback game promising successful emotional regulation and strength-building.

Luckily, Henry has the chance to test this new game in the works.  The small group running these test pilots meets with the young boy and his mother:  they help him get set up and they give him a small heart monitor to put on his wrist.

Henry’s mom explains to his son that he has to keep calm and control his heart rate to perform well in the game.   However, not really understanding  (or perhaps not even listening) to his Mom’s advice, Henry delves right into the experience.

The platform has several mini-games to play.  Let’s say Henry chooses the first one on the list. When it opens up on the screen, it looks like any normal game—the only weird thing is that there’s a small speedometer looking image on the bottom of the screen.  It has the colors green, yellow, and red.  Right now, an arrow pointed to the green zone.

The game starts off easy.  But pretty soon, as the game starts getting harder, Henry starts to get more and more flustered.  And something surreal happens.  As his heart rate rises, the game starts to spaz uncontrollably.  He thinks its glitch, but he realizes that it’s too planned and consistent to be just that.  Looking back at the speedometer thing, he sees it’s at the furthest point in the red zone.

Henry loses the first game, and he’s very frustrated.  But his mother says, that if he stays calm, the game will work normally and won’t turn against him. So Henry plays again, doing his best to stay calm.  When the game starts getting more intensive, he starts to lose control of the functions. He looks over to the “speedometer” on the screen, and it’s inching into the yellow.

So he takes a deep breath.  As best he can, he clears his mind, relaxes his muscles, and keep going. 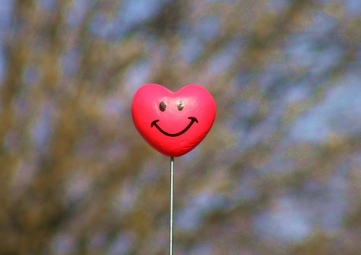 Henry’s heart once he learns to control his emotions during play!

Henry gets much farther into the game. Though the game doesn’t get any easier, he’s able to regulate his emotions better.  He constantly glances over at the bottom of the screen, doing his best to stay in the green zone.  Here, Henry makes the connection:  he understands the relationship between controlling his emotions and controlling the game.  He can visually see his heart rate change on the screen, and this gives him agency of his experience.  As his heart rate rises, he loses control (like in real life).  When he stays calm, he can master his experience. This would be the challenge for all the other games on the platform as well.

This is biofeedback in game form. And this is the innovation behind Neuromotion.

To provide a formal definition:

Biofeedback is a technique you can use to learn to control your body’s functions, such as your heart rate. With biofeedback, you’re connected to electrical sensors that help you receive information (feedback) about your body (bio).

This feedback helps you focus on making subtle changes in your body, such as relaxing certain muscles, to achieve the results you want, such as reducing pain. In essence, biofeedback gives you the power to use your thoughts to control your body, often to improve a health condition or physical performance.

The Neuromotion team’s ultimate goal is to help control emotional “dysregulation” in children struggling with mental disorders and symptoms.  Genuinely, they believe that in order for children to truly gain control of their emotions, they need to train their mind and body to handle stress levels; they need a platform that helps enhance motivation and create a more effective learning experience.

Children are expected to control their emotions better as they get older. If they fall behind in emotional control either due to out of control anger or anxiety, this holds them back from succeeding socially and academically as they should. We believe that focused practice of emotional regulation allows children discover for themselves how to control their emotions better and that repeated practice of emotional regulation strengthens the brain connections that control emotions.

… As a society we badly need such tools so we are not forced to rely so much on medications to dampen anger or anxiety in our children. Medications can reduce anger and anxiety but they do not teach a child the skills that might reduce their need for the medications. Our work is aimed at reducing the push to put children on psychotropic medications by providing effective, affordable, and accessible alternatives. 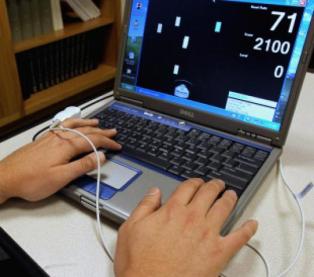 My focus, to reiterate, is to think about the “outer” part of the game (which we call the metagame).  There, we need to find  a convincing and engaging way for child users to navigate from game to game with ease and conviction.  A character can act as a guide, coach, friend, etc. to help monitor the child’s progress and keep track of goals.  What we need to think about further is what would really draw a child to this game?  Truthfully, some kids would be reluctant to do anything that calls itself “therapy.” How do we gain their trust?   How can we be helpful as well as respectful to their age? Also, some kids with emotional issues are not even convinced they even have these problems:  we have to work around these potential scenarios to reach as much of our audience as possible.  Because of these questions circling over my head constantly, I have to be aware of the introduction, the delivery, and involvement of this character.

Also, one of the most important aspect of this game is to make sure the child feels like they have control of not only their emotions but of the experience.  We live in a society (or just a world) where children have very few choice in situations.  This becomes especially apparent when a child has sort form of disability; many schools do not have very effective policies in place to support these individuals and students and families endure through painful measures to find the best quality education.  The lack of control makes it absolutely frustrating.  Sometimes, children can’t help but contemplate why the adults in their lives can’t help them as much as they could.

But maybe that’s unfair to say.  Adults make mistakes just as children do, but older people get more backlash for negligence or missed research.  It’s just the age standard we have in society—which makes sense I suppose.  In the end, what matters is that good-even great, amazing-research has been brewing in many parts of the world and Boston Children’s Hospital and Neuromotion have been tackling some of the toughest problems and solving them with care and creativity.

This reminds me:  before officially starting my internship, I met the Neuromotion team back in May just to get introduced.  After sitting down with my supervisor, Dr. Jason Kahn, he told me this:

You’re going to fail an awful lot.  But you know, failing means you’re doing something.  I can speak from experience so don’t get discouraged.

That’s probably the most comforting advice I’ve received in a while.

I’ll follow-up with another post to talk more about research and some ponderings.

Until then, have a good day!