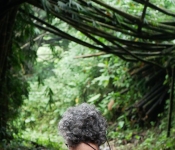 They searched for the ancient path, the old road that led to Quito when all others were lost. Dirt roads through Musua, mountaintop farms and sleeping cattle watch with starry eyes in a race against the clock. We heard news of an opening, a single gateway that could lead us back to security – one that was closing. Strung somewhere between, I heard silent prayers for restitution; wanting nothing more than to go home, wanting nothing more than to pass.

A trail beneath Bamboo temples

We didn’t make it. The single entrance back to the capital city sealed merely minutes before we arrived. “No paso” the woman at the toll gate said with an apologetic sigh. While we questioned her about the nature of the situation, trucks full of goods also trying to make the tenuous passage piled up; the lifeblood to the palpitating heart of Ecuador stalled. Circling back on a three hour journey, we sought a safe house in Santo Domingo, a farm of massive bamboo stalks used for CAEMBA construction. In this forest, weary travelers could find some respite from their fruitless voyage, some place to hide.

Settling in between bouts of radio static tuning into the daily news, the fog of morning dew finally resting, I couldn’t help but contain a bit of strange excitement to learn about the sustainability initiatives that CAEMBA employs here at the farm. I had planned to visit at some point during my grant, circumstance however gave me that opportunity sooner. The bamboo farm was only bought by Fundacion Raiz five years prior, many of the bamboo plants growing there part of a much older agricultural endeavor. Manuel took me on a tour of the massive property, educating me about the material benefits of using bamboo for climate resilient construction. It truly is one of the most impressive plants in the world, able to grow up to three feet in a day. They say if you sit and watch, you can see it growing. Every morning I would wake up to new toddler sized shoots peaking out from the bundles, as thick as a bowl. Chris mentioned that the water contained inside the bamboo also contains many healing properties that are good for skin repair and making tea.

There are other considerations however that go into the harvesting process. Bamboo is an important carbon sink that fixes atmospheric CO2 within its trunk, however, after about 5 years a shoot will begin to die and return that carbon back into the air. To optimize the amount of carbon storage before the plant withers is a precarious game. Another obstacle is that when the plant grows, it grows in concentric rings that emanate from the center. This means that more mature bamboo can be found at the center of a large grove. To harvest it can sometimes require the sacrifice of younger, healthier plants. 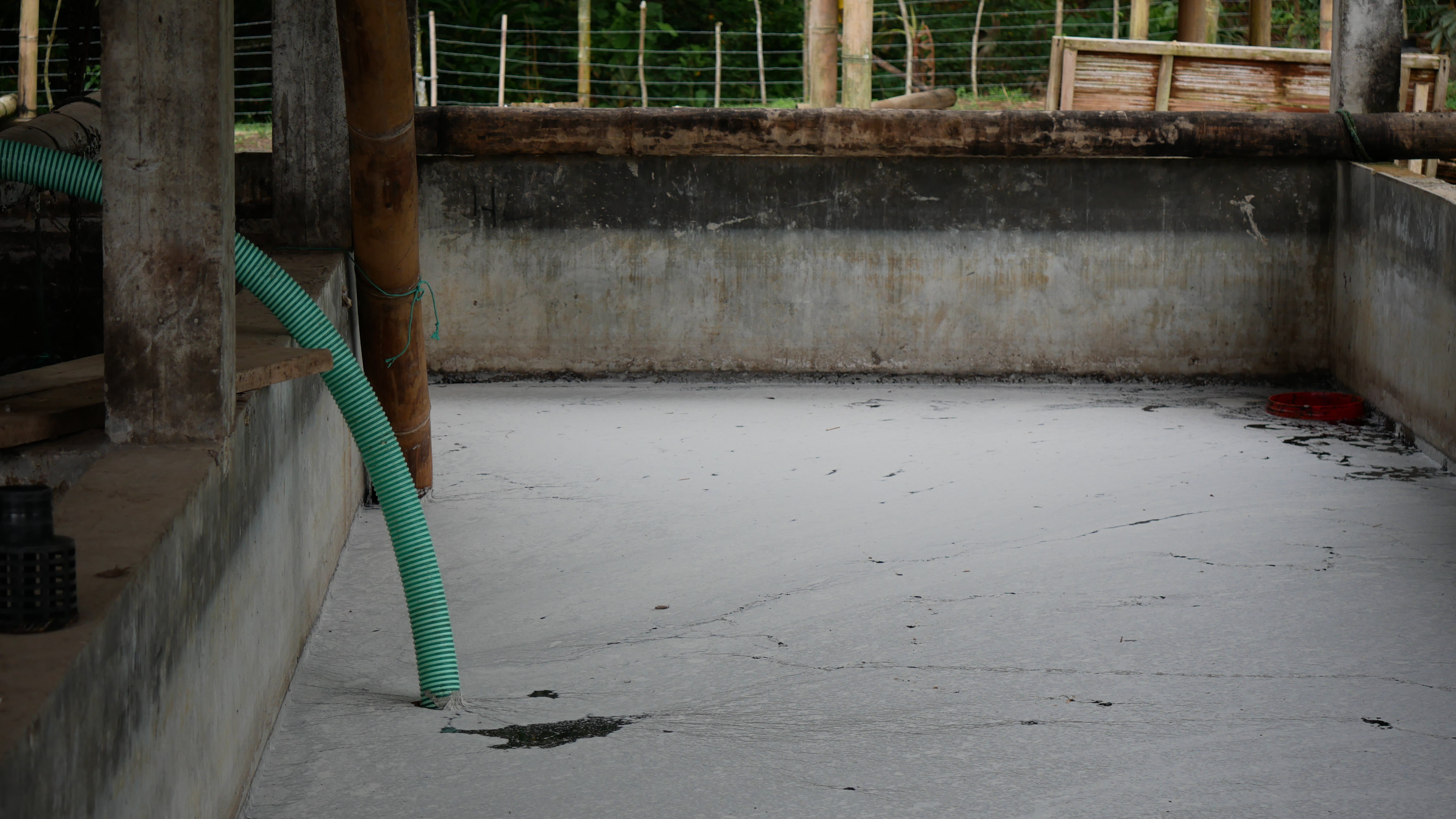 Here at the farm, is also what’s known as “the factory,” or the place where CAEMBA prefabricates all the bamboo panels that they eventually use in construction. Manuel also referred to this as the “Mad Max part of the operation,” as we watched local harvesters ride out on fortified tractors and climb high into the canopy. This process is incredibly important in ensuring both the safety of the bamboo buildings but also the equity for the many inhabitants of these structures. Built in panels, CAEMBA’s houses are designed to be easily constructed by real people. This ensures that in the wake of disaster, many repairs can be made without significant costs to the homeowner. It also allows for flexibility in the design, which allows folks to rearrange and personalize to their home as they see fit. To build one of these panels without the aid of the premade wall templates would be incredibly difficult, so consolidating resources into this one factory is pivotal. To ensure the longevity of the bamboo, all shoots are soaked in Boron salts for five days. The salts are nontoxic to mammals and sustainable. It effectively serves as pest control, most insects unable to tolerate the chemical treatment. Especially in a tropical climate, invasion by cockroaches, termites, and other pests cause incredible amounts of damage to homes each year. With nuanced design decisions, CAEMBA has streamlined the process from farm to construction in a way that is healthy for the environment, supports local labor, and gives agency to homeowners who have never owned property.