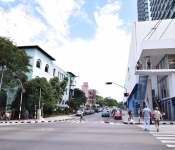 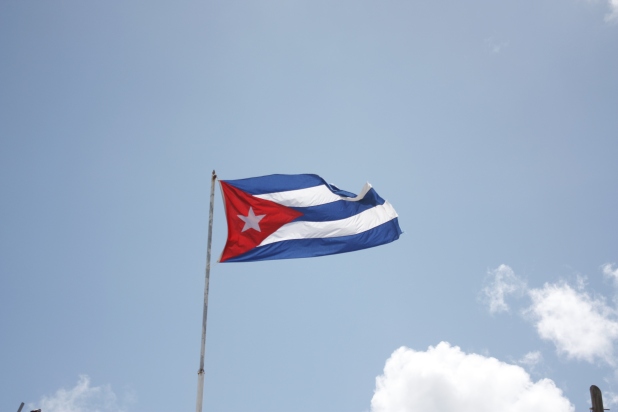 The first half of our grant project is part of a much larger collaboration between Fundacion Amistad, The World Monument Fund, and Ennead to develop a “strategic vision” and advocacy program for el Vedado. Before leaving to Cuba, we attended several meetings with Fundacion Amistad and Ennead to develop preliminary steps and goals that would ultimately feed into a larger Planning Symposium in mid October.

El Vedado is a vital part of la Habana; what many consider to be “the capital of the capital”. Because el Vedado is not a primary tourist location, it lacks many of the necessary resources and funding to maintain its streets, architecture, housing, cultural centers, educational institutions, recreational and public spaces. The ultimate goal is to revitalize and activate what already exists in el Vedado and develop strategies for its preservation, future urbanism, and upward mobility. 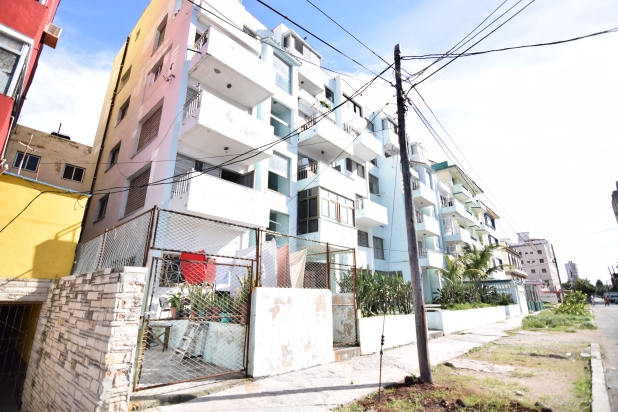 Before any of these organizations can even begin to ideate and initate planning efforts, they need as much background information as possible. We were given the task of collecting said information through photo and video documentation, mapping and annotation, and recorded interviews with Vedado’s residents. Before arriving in Cuba, we worked with FA and Ennead to develop key themes that would serve to drive and guide our documentation and discussions. The key themes are as follows:

Transportation/Connectivity: Public transportation and mobility within the neighborhood and its connection to the rest of the city 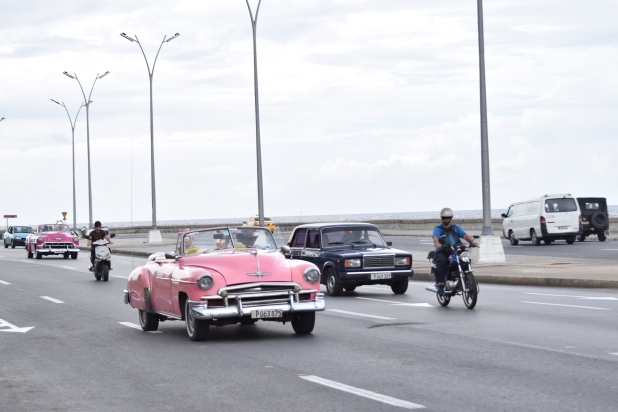 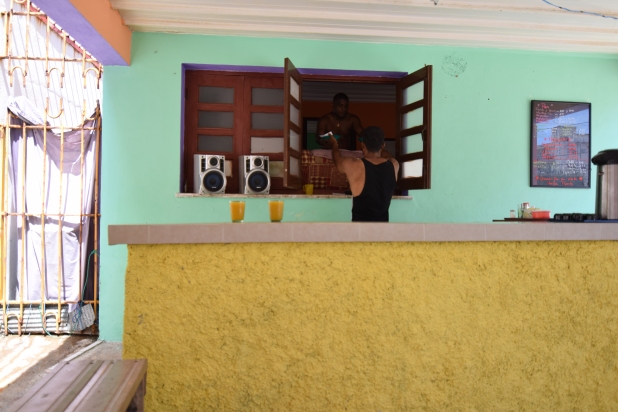 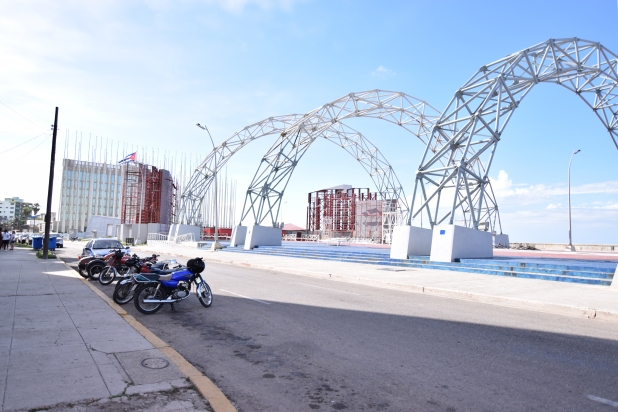 Institutional/Cultural Centers: Formal centers for arts and culture as well as informal or spontaneous gatherings of culture and community 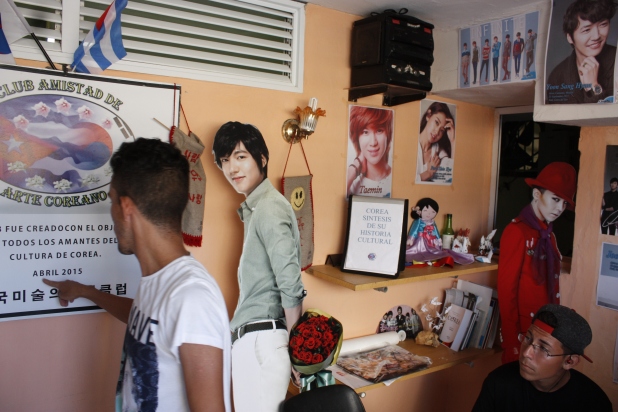 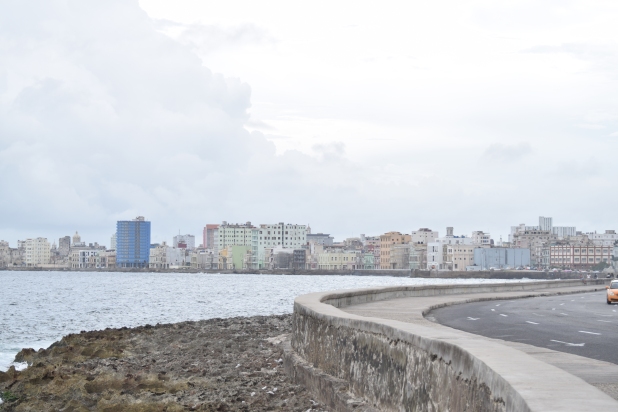 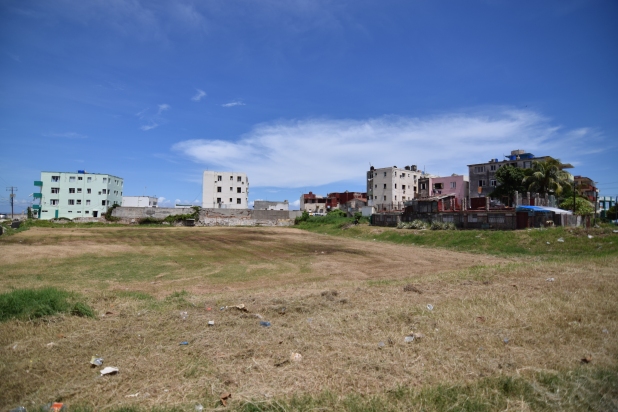 We were essentially working to get a general idea of how Vedado’s residents felt about each of these issues. We spent our first two weeks in Cuba collecting and organizning this information in order for it to be taken back to the U.S. to be utitlized by FA and Ennead. We focused on covering a specified region of el Vedado that was described as a “golden triangle” of sorts and eventually moved beyond that. Its perimeter was composed of three major streets: Avenida de los Presidentes (Calle G), La Rampa (Calle 23), and El Malecon. Because of Vedado’s gridded layout we were able to cover each street within the triangle, scanning the urban landscape, photographing and noting everything and anything from empty lots, to home-run businesses, active spaces and inactive ones.
It was challenging to prepare for our trip to Cuba because information about traveling and residing in Cuba is relatively limited and not easily found online; we relied heavily on word of mouth and problem solving. We went into our assignment with very little knowledge of the area and virtually no one to guide us other than the locals we encountered on a daily basis. Initially we were observers, but quickly found ourselves involved in many social interactions and gatherings.

We used Concepcion Otero’s book El Vedado, to cross reference maps and gather some general information about the area but found that most of our research and information was gained in conversation with Vedado’s residents. It was interesting to find that many of Vedado’s residents echoed each others thoughts and shared the same views on these particular issues.
Our interactions with locals were very casual and positive. We typically worked to develop somewhat of a relationship with a resident before requesting any sort of recorded interview. We were very much aware of our presence as outsiders and quickly noted that many residents were not comfortable with video footage during interviews and so we chose to only to use audio recordings or transcriptions. We made sure to avoid any topics that would encite discomfort or unease. Outside of our interviews, we found that most of our conversations with residents were actually highly political and opinionated. To our surprise, the Cuban people were extremely vocal and open about their personal thoughts on Cuba’s culture, economy, and policies.
In retrospect, our approach in terms of interacting with members of Vedado’s community was very generative and successful. We approached each interaction with sincerity and did not seek any immediate outcome from our exchanges with each indivdual. It was certainly a huge advantage to speak Spanish and at times we found ourselves acting as translators for FA. Even having Cuban accents seemed to encite a kind of excitement and curiosity among residents. In a matter of a week, we met a wide variety of locals that occuppied very different roles within thier community. We were able to discuss these issues with students, the owner of a small home run business, a fisherman, a professor, a photographer, the president of a Korean culture club, two prominent architects, a performer at a nightclub, a taxi driver, and a preist in addition to other residents. Most of the people we have met have been extremely helpful and generous with their thoughts on these issues as well as larger themes regarding Cuba’s past and present.
It has been quite difficult to navigate our available means of communication. It is expensive to make calls from Cuba to the US and somewhat more affordable to communicate via internet. However, we are required to purchase time cards for internet use and can only access the internet at designated wifi spots. The connection is often quite unreliable and sometimes even inaccessible. It has proven to be costly and difficult to connect to family and friends back in the States, as well as communicating with FA and posting to our blog. We cannot download any applications or access our RISD gmail accounts. We are also required to show identification each time we want to purchase an internet card.
Budgeting our available grant money was also somewhat of a challenge for the first week or so in Cuba. We have no access to our bank accounts and so we had no choice but to bring our funds in cash, which became somewhat unnerving. We then converted our US dollars to CUC and eventually CUP (National currency). In Cuba, there is a dual currency system, one form of currency is used by Cuban cicitzens and the other is used by tourists or non Cuban residents.  The value of 1 CUC is nominally $1 USD. However, US dollars are exchanged with a 10% tax imposed by the Cuban government along with a 3% exchange fee, rendering the exchange effectively .87 CUC to $1 USD. Fortunately, we no longer have as many concerns about our budget and available funds thanks to the hospitality of many family relatives that have offered to house us, transport us, and even feed us throughout the course of our stay in Cuba.
Although they have been few and far between, we have had some relatively challenging interactions and experiences in Cuba. Because both of our families are composed of Cuban refugees, it is somewhat complicated to navigate certain conversations about the relationship between Cuba and the US. Fortunately, the majority of the people we have met are extremely opnionated and insightful and have fostered an environment in which we could openly discuss issues that one would consider to be highly controversial for the Cuban citizen. We sometimes noticed that although we initiated an interaction with someone, we were either ignored or looked at in a way that was not welcoming. But we have since learned that for many Cubans it used to be a very dangerous thing to interact with a tourist, especially an American tourist. We have also had one or two individuals express relatively negative ideas about life in the US or the American citizen. But we have had many other individuals step in and take the time to explain why those misconceptions and feelings remain among some of the Cuban people.
The background information we collected is currently being used by FA and Ennead to develop presentations and discussion formats for their work sessions and Planning Symposium in Havana. FA is currently working to recieve authorization to host the event from the Cuban governement. We have left la Habana and are now exploring Matanzas, Limonar, and Varadero in order to collect material for more personal work as part of our own artistic practice. Most of our current material is composed of photography and audio recordings. 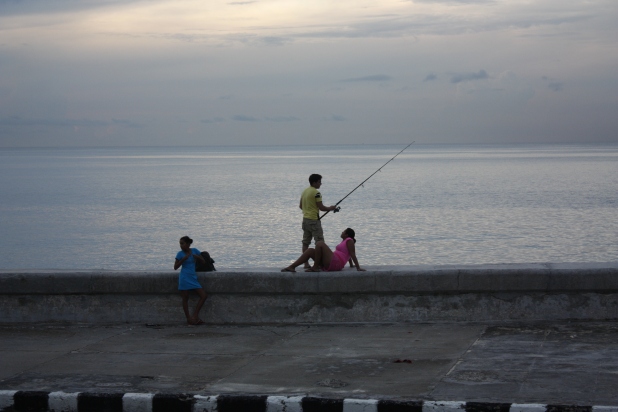 Read more from Follow the Fellows, RISD Maharam Fellows
← Choices made as a Farmer and a Father, Josephine Devanbu, ’16 Painting
Matanzas and Limonar, Nicholas Fernandez and Natalia Blanco BFA Sculpture 2016 →